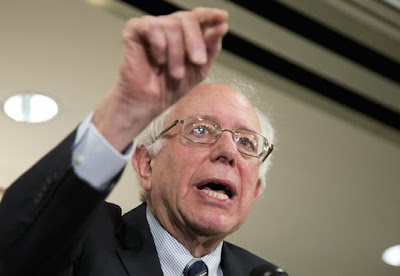 I planned to not do any more posts in this blog until after January 1. My feeling is that not many people, including most voters in the first-up state, Iowa which holds it's party caucuses on Monday night, February 1 2016, is going to pay attention to Presidential nominating politics until after January 1.

The Democrats are holding a President Debate tonight on ABC tonight at 8:00 PM from New Hampshire. This debate was not generating as much interest as the Republican debate last week since the Democrats do not have the entertaining Donald Trump in the lead in a battle with 8 other candidates on stage with all the yelling and insults that this entails.  The three Democrats are remarkably civil to each other -- and comparatively boring as a result.  In addition, Hillary Clinton maintains a large 25% national lead over her closest competitor, independent Social Democrat Vermont Senator Bernie Sanders, that has fairly remained steady since November 1.

We have an issue now. In case you have not been following the national media, The Bernie Sanders campaign was caught copying confidential Hillary Clinton campaign get-out-the-vote lists in Iowa from the Democratic National Committee (DNC) headquarters. All campaigns are allowed to rent and use Democratic voter lists in every state. There was a firewall opening, and the head Database manager at the Sanders campaign was caught copying 24 pages of Clinton campaign lists. He has since been fired. The DNC) , which is run by a big Clinton supporter, Congresswoman Debbie Wasserman Schultz (from my neighboring Palm Beach County Congressional District), suspended Sanders access to the lists for about 24 hours yesterday. The Sanders campaign sued the DNC and was able to claim a victory -- the DNC backed down and allowed access to Sanders late last night. The Clinton campaign is crying foul, and this is bound to result in some fireworks tonight.


However, There are some things that make no sense here: First of all, this is valuable campaign data. Why is the Clinton campaign-- and the DNC- allowing it to be so vulnerable on an open server? And no, conspiracy theories do not make sense. Stupidity does. The Iowa caucuses are all about getting out your vote -- to sit in someone's living room, or a church or another location where the party caucus is being held to hang around for at least two hours in the dead of winter to form "circles" to elect candidates to go to county party events, which then elect delegates to go to a state event, and so forth. It is deliberately designed to be complicated with frequently confusing results (Santorum won the Republican won last time but we did not know about until the following month) and not like a primary -- which New Hampshire will have the first of by tradition since 1952 -- and by their own state law. The Iowa caucus count is close, and Bernie can still win Iowa with a strong get out the vote effort. If Bernie can win both Iowa and New Hampshire, he can challenge Hillary for the nomination. Clinton is taking Iowa very seriously -- remember, she was favored to get the Democratic nomination before President Obama the caucus in 2008. What I cannot figure out is why the heck has the Clinton campaign allowed such valuable data to be sitting on a DNC server in the first place -- if it can be picked out so easily. And I can assure you that if the Sanders campaign staff was able to get it easy when a firewall was down, a committed hacking concern can figure out a way of getting at this data with a bit of encryption hacking.

Second Point -- if the Sanders campaign did nothing wrong, why was the head Database guy fired -- especially if their story is that he should be commended for bringing the atrocious security procedures for voter intentions to the DNC's attention?

Third Point -- if seems that a contract or letter of agreement was signed by all candidates that they will respect the integrity of the data under all circumstances (I read this) -- and not do inappropriate things with data; this agreement also laid out "penalties" such as withholding list access if a deliberate breach of data was made. If such a clause was not in there -- as it would be for just any any major list rental -- the DNC is NOT doing a very good job. If the Sanders campaign has violated this agreement, then they should be apologetic as heck and not trying to score "points" with their own supporters and the media over this. 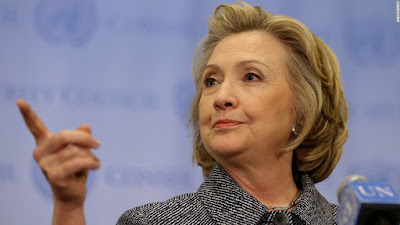 Fourth the DNC is populated by Clinton supporters -- but at this point, their big fear is not that Bernie will get the nomination, but that his supporters will either stay at home or vote for some far left third party candidate since they hate Hillary so much -- like Ralph Nader. If it is true that the DNC under Debbie Wasserman Schultz (who, comes across as party royalty a bit much) released this information in an effort to embarrass the Sanders campaign, it had to be the most stupid move I have seen in awhile. Why bring attention to the fact that the DNC is so committed to Hillary?

Fifth, I am sure letting the Sanders campaign have access to their own lists after a one-day "slapdown" would have come anyway once the Sanders campaign showed that they destroyed the pirated information (which in essence can never really be destroyed if you use a common screen scraper ), the law suit was good show and gave Bernie a media and campaign victory-- even though this was far from an altruistic incident on their parts. How is the Sanders campaign managing to play this incident to their great advantage?

Sixth, This entire incident is a comedy of errors which has backfired on the DNC, has let the Sanders campaign (rather remarkably in fact) play the role victim to their own supporters at least , and has embarrassed the Clinton campaign by appearing to be dupes who are in control of what should be an impartial national committee. Everyone involved may want to get rid of this as quickly as possible -- and this includes the Sanders campaign which does not want to irritate potential Clinton caucus goers to actually show up and caucus at some living room in town what could be a cold and icy night on Tuesday, February 1 -- which is going to be what happens if this issue does not die out and if the Clinton supporters feel dumped on by the Sanderistas just as they do by Trey Gowdy's Republican "Benghazi" committee. Will this incident backfire and benefit Hillary Clinton at the end?
Posted by Eddi Haskell at 11:55 AM No comments:

There Is Only One Reason To Watch the Republican Presidential Debate Tonight -- Cruz vs. Trump. Everything Else is a Sideshow


The Republican Presidential debate on CNN Tonight should be highly entertaining for one reason -- to watch the two Republican front runners, Donald Trump and Far-Right Texas Senator Ted Cruz go at it with each other. These two are the best speakers and tacticians of all the candidates even though their styles are very different. In fact, I expect that Donald Trump will do his best to goad Cruz into directly saying anything nasty about him or his policies directly, and for Cruz to continue to sweet talk his way into the lead by convince Trump supporters that he adores Trump and is truly on his side.

Cruz'es strategy all long has been to present himself as the candidate for Trump supporters if he leaves or looses the race. However, except for his stand on Muslim travel into the United States (no one will support Trump's ban on an entire religion), he is to the right of Trump on just about all social and fiscal issues.

Trump is frightened of Cruz for one reason. Cruz now has a slight lead over Trump in the Iowa caucuses according to the Real Clear Politics average of polls, and a large lead according to two recent polls of 10% -- including the important Des Moines Register poll released this past weekend.  Although Trump is well ahead nationally, a big win for Cruz will give him momentum into New Hampshire and, more importantly, South Carolina and the Southern and Western states afterwards.

Having either of these candidates as the presidential nominee remains a nightmare scenario for establishment "country club" Republicans.  Cruz is perhaps the most disliked Senator among other Senators in his own party and in his party leadership due to his confrontational record with them over the past four years.

This will be the last Republican debate for 2015. The next one is set for January 14, 2016. This will be my last post for this year unless something extraordinary happens in the next 16 days.


Donald Trump continues to rise. He is now breaking his all time high of  31% in the current Real Clear Politics average of respected polls.  The most recent poll, the respected CNN has Trump with 36% support of expected Republican primary and caucus voters.

His former close rival, Ben Carson, is clearly on a decline.

Two right wing Senators, right-wing Senators Ted Cruz and Marco Rubio, are fighting for second place but  have yet to crack 15% support.

Jeb Bush, the early front runner, campaign is essentially dead -- unless he can pull out at least a second place finish in the Iowa Caucus and New Hampshire primary which are less than two months away.

The Republican Party still appears to be in denial.  There is no "establishment Republican" effort to combat Trump -- at least not yet.

Political pundits such as Nate Silver from 538, who I highly respect, still does not think Trump has any realistic chance of getting the nomination.

Although I will not yet predict that Donald Trump is going to end up with the Republican nomination, the odds increase every day.  The Republican field is still very crowded, and his current rate of support can have him win over 80% of every caucus and primary state -- if it holds.

1. If Trump's support grows to a consistent 40% in polls averages, and if he can win Iowa and New Hampshire, his odds of becoming the Republican nominee will rise to 50%.   He still may face a challenge from Rubio, Cruz, or even a late entry like George Romney

2. If Trump's support declines to 25% of the vote in the next 60 days, and if he loses Iowa and New Hampshire, his campaign will quickly end.  I see his support as volatile and dependent on his "winner
image.

3. Here is the big caveat - if Trump feels that his campaign has been destroyed unfairly by the Republican Establishment, he will either run as a third party candidate -- or sit out the election. He could conceivably backhandedly endorse Hillary Clinton by saying "well, as far as I am concerned she is as good as (whoever the Republicans nominate).  Don't put this past him.

Whatever the case, I will continue to say what I have said here for the past two months -- as things stand now, Donald Trump is the leader for the Republican nomination for President. I am not willing to predict he will be the nominee however. Trump's potential opposition has yet to seriously stir.

Deal with it!  Trump is not going away!  (imagine this said with Trump's Queens New York accent).

My next post will be before the December 15 Republican debate -- unless something unexpected happens!


Posted by Eddi Haskell at 1:59 PM No comments: